Forbes: Love Is Back In The Air – Galerie Gmurzynska Re-Opens Robert Indiana Show In The Heart of New York 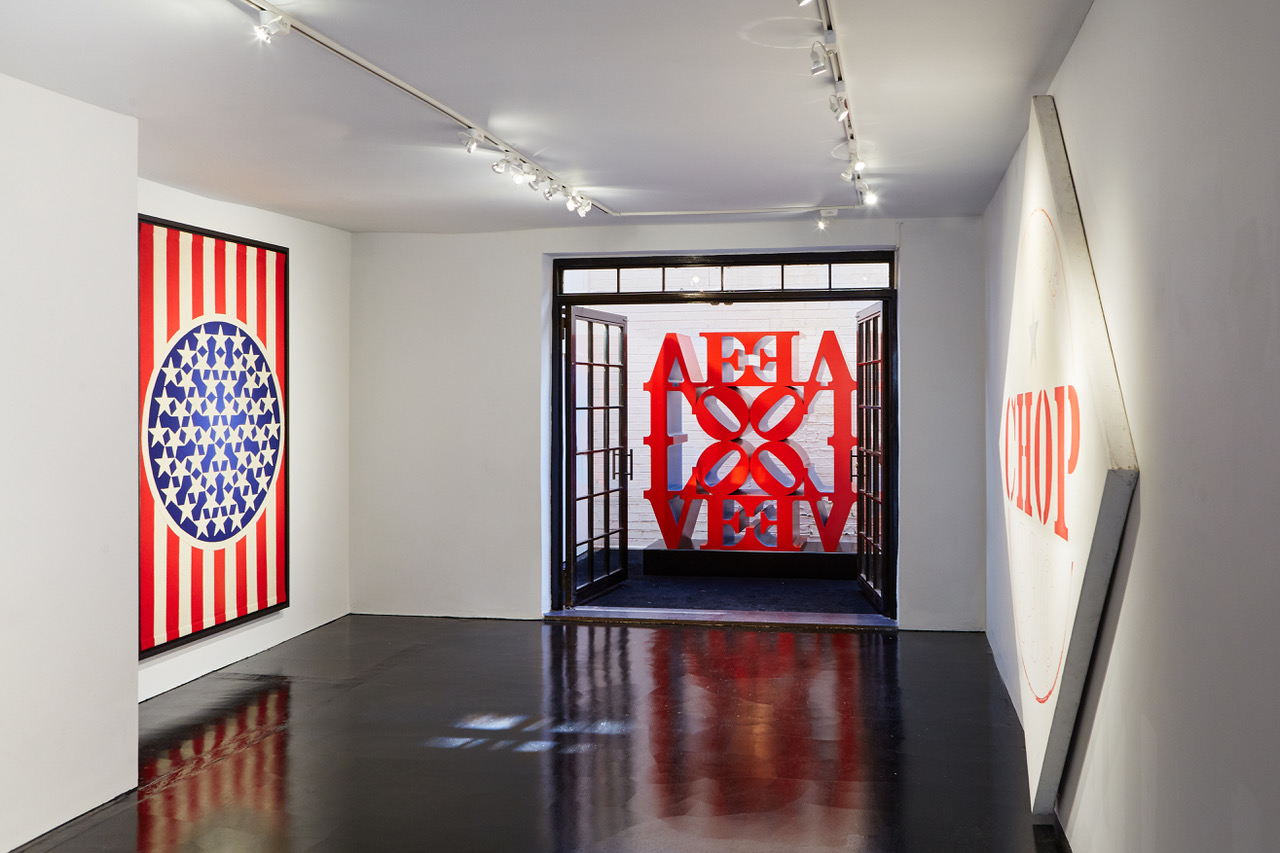 Love is back in the air (and so is hope) – in multiple colors, facets and shapes. Robert Indiana’s famous LOVE sculpture on Manhattan’s 6th Avenue has got some siblings in town. Just a few blocks further down the road, the in 3rd generation lead Galerie Gmurzynska re-opened the US-American pop art icon’s one man show LOVE is in the Air after the turbulent lockdown summer of 2020.

This week I’ve met with Lucas and Isabelle Bscher at their iconic Zaha Hadid-designed gallery space in Zurich, Switzerland to speak about LOVE, unity and America. Two ambitious siblings with one vision: Inspiring the world through art. 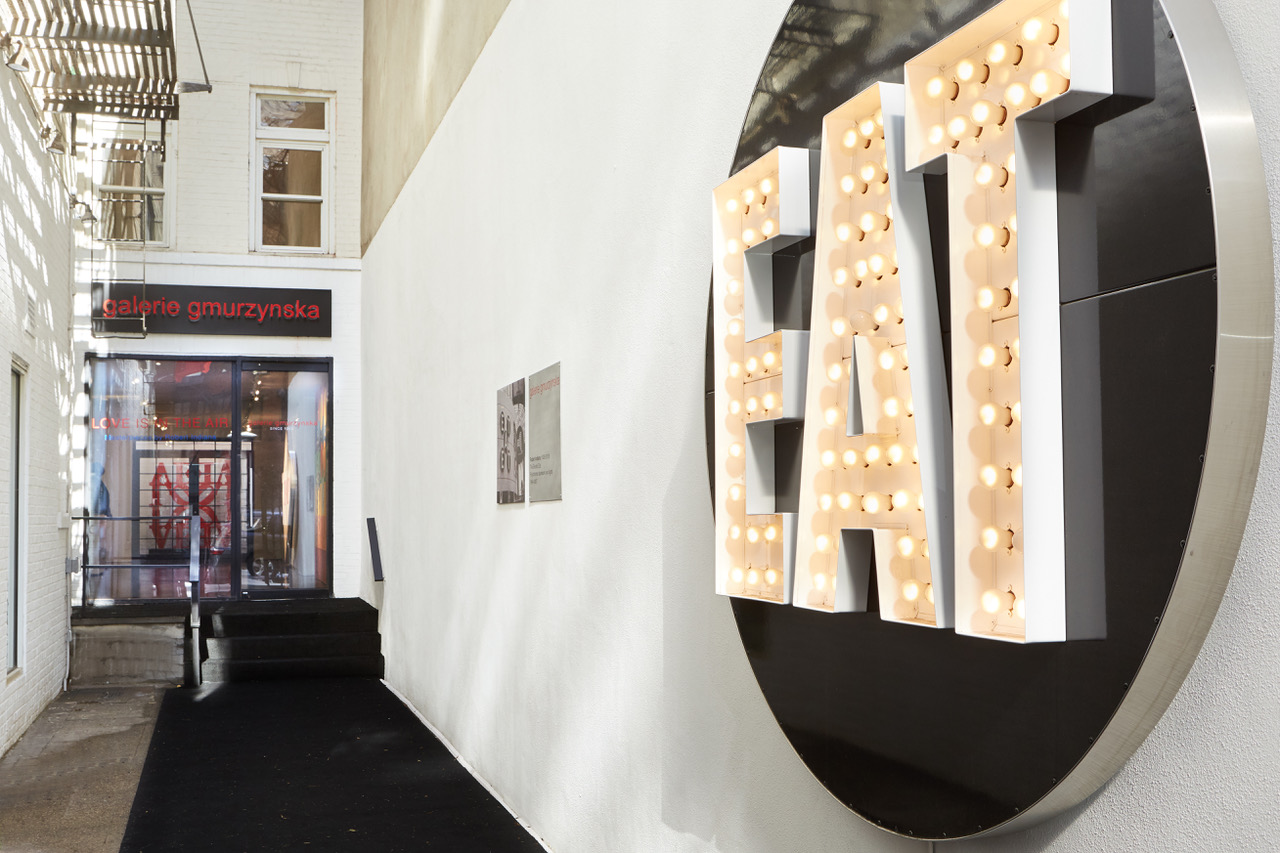 Lucas Bscher: Surrender is as alien a concept to the artistic process, as it is to the United States. With that in mind we have reopened Love is in the air, that was closed just days after its installation due to Covid-19 safety concerns. I feel this show is very important as Indiana’s message of ‘Hope for a better America’ resonates with us now perhaps more than ever. I look towards the future with the greatest of optimism and feel we will emerge from 2020 stronger and more united than before. 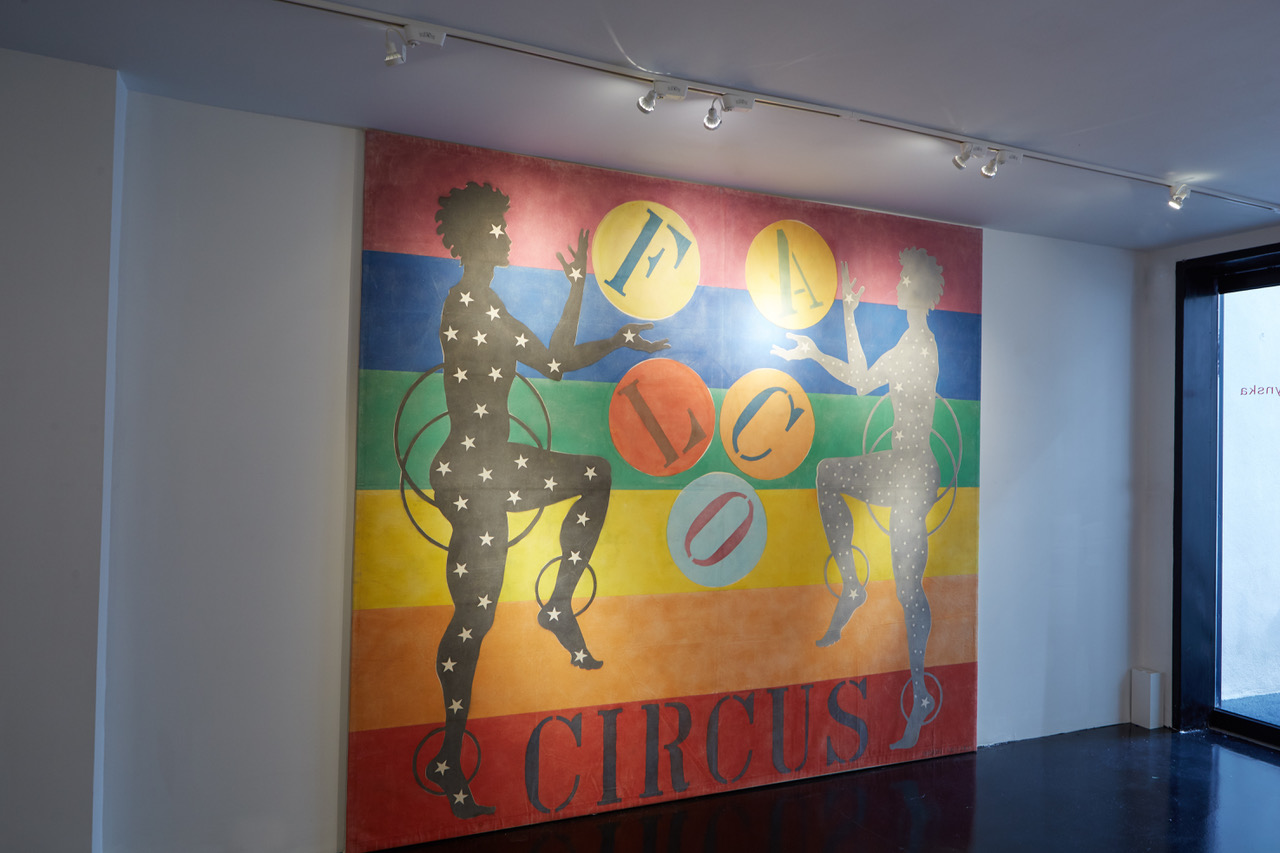 The internationally renowned Galerie Gmurzynska is known for its museum quality and uniquely curated exhibitions. A career-spanning exhibition of notable and rarely seen works by the late American pop-artist Robert Indiana. The exhibition features works from 1959-2007 highlighting Indiana’s expansive and multi-faceted career and will be on display until the end of this year. 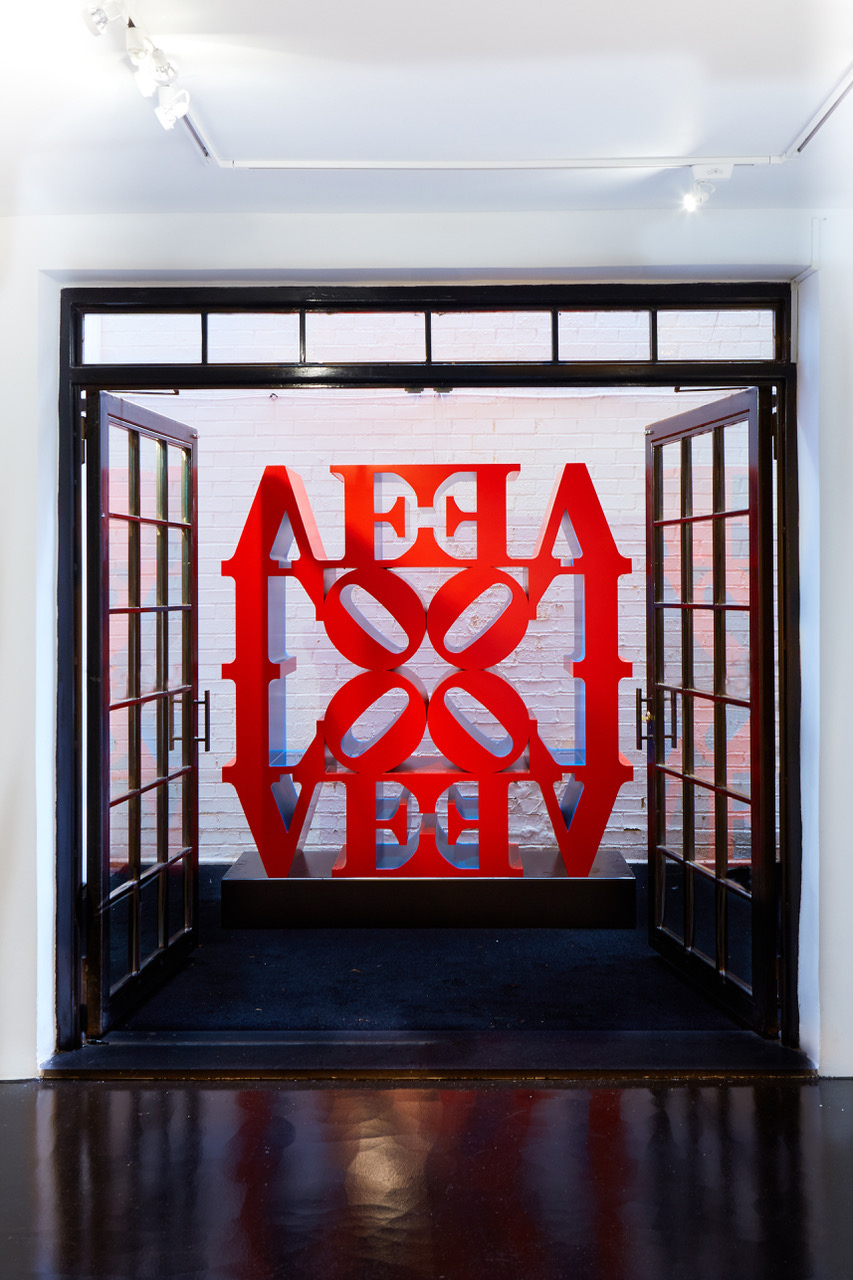 Lucas Bscher: The original Love work, that was inspired by a MoMa Christmas card designed by Bob (how friends called Robert Indiana) in 1965, had the idea of unity and peace at its core. The idea that love can unite the human race is as relevant today as it was in the turbulent 60s. 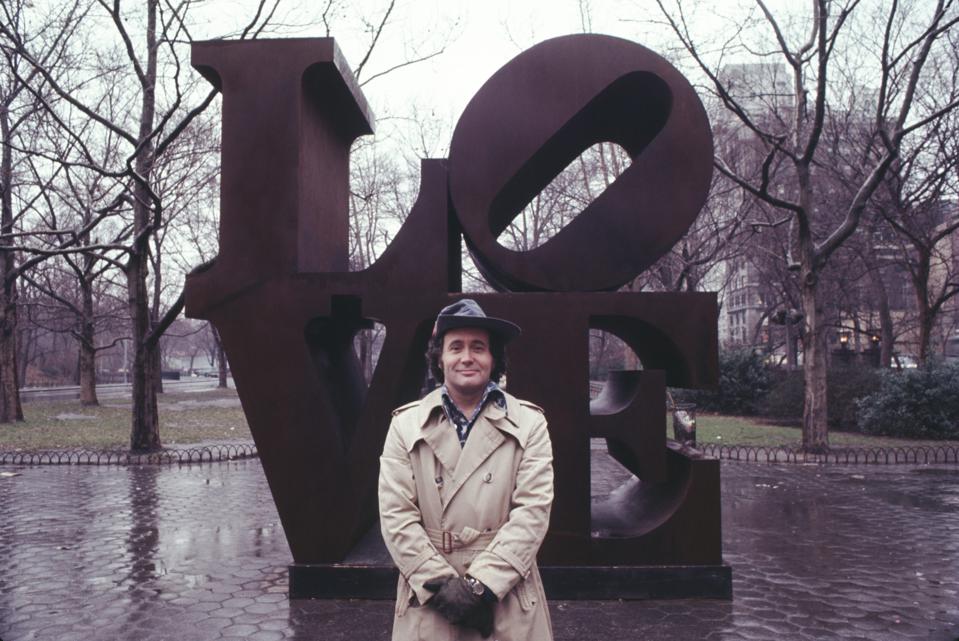 Isabelle Bscher: LOVE is a series of artworks inspired by Indiana’s personal life. For Indiana, color was preeminent. Color came first, and everything else followed. Just as color unites ‘LOVE’, its importance can be seen in another rarely publicly displayed work from 1969, Terre Haute No. 2. 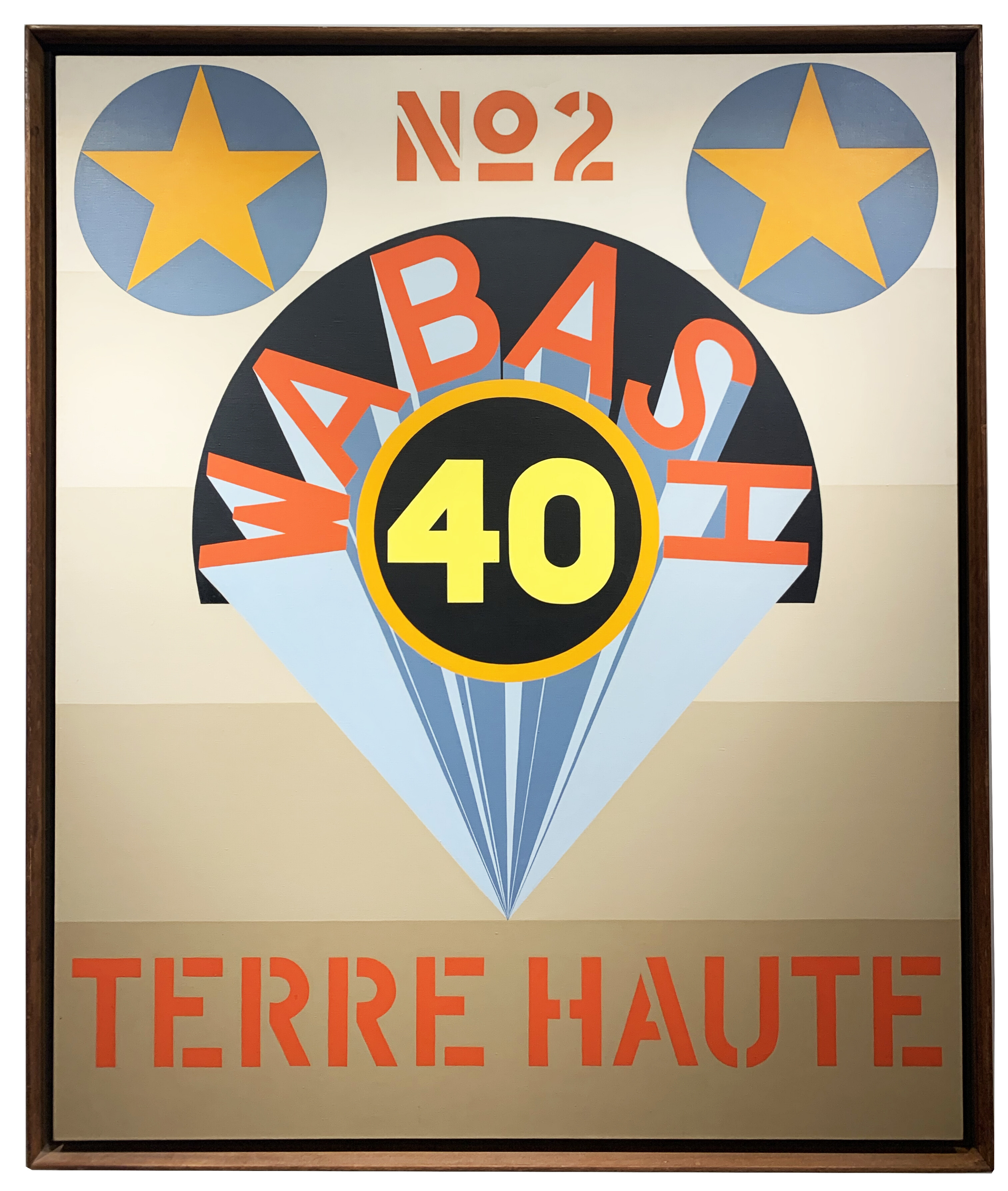 Named after a city in Indiana, with references to the Wabash River that flows across the Midwestern US, and Route 40, which Indiana frequently traveled on with his parents in their Ford Model T. He selected this work to represent the final year of the decade in his graphic print portfolio, The Decades Portfolio, highlighting its significance.

Isabelle Bscher: This work is emblematic of Indiana’s vivacious colors and innovative interpretation of hard-edge painting as he draws on a multitude of visual vernaculars encompassing the high and the low. Merging literary sources with the signage system unique to the American commercial landscape, Indiana’s work represents a simultaneously broad yet also autobiographically coded pictorial language derived from these signifiers. 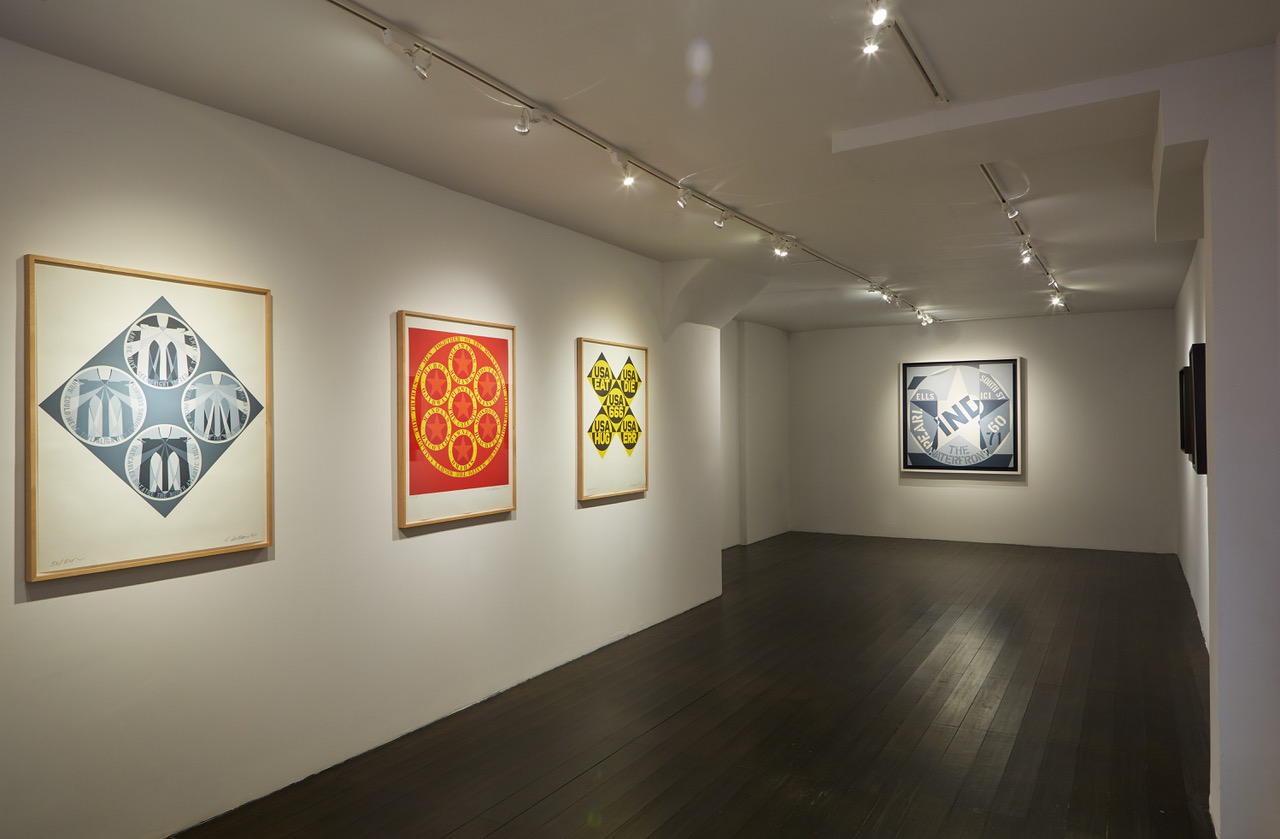 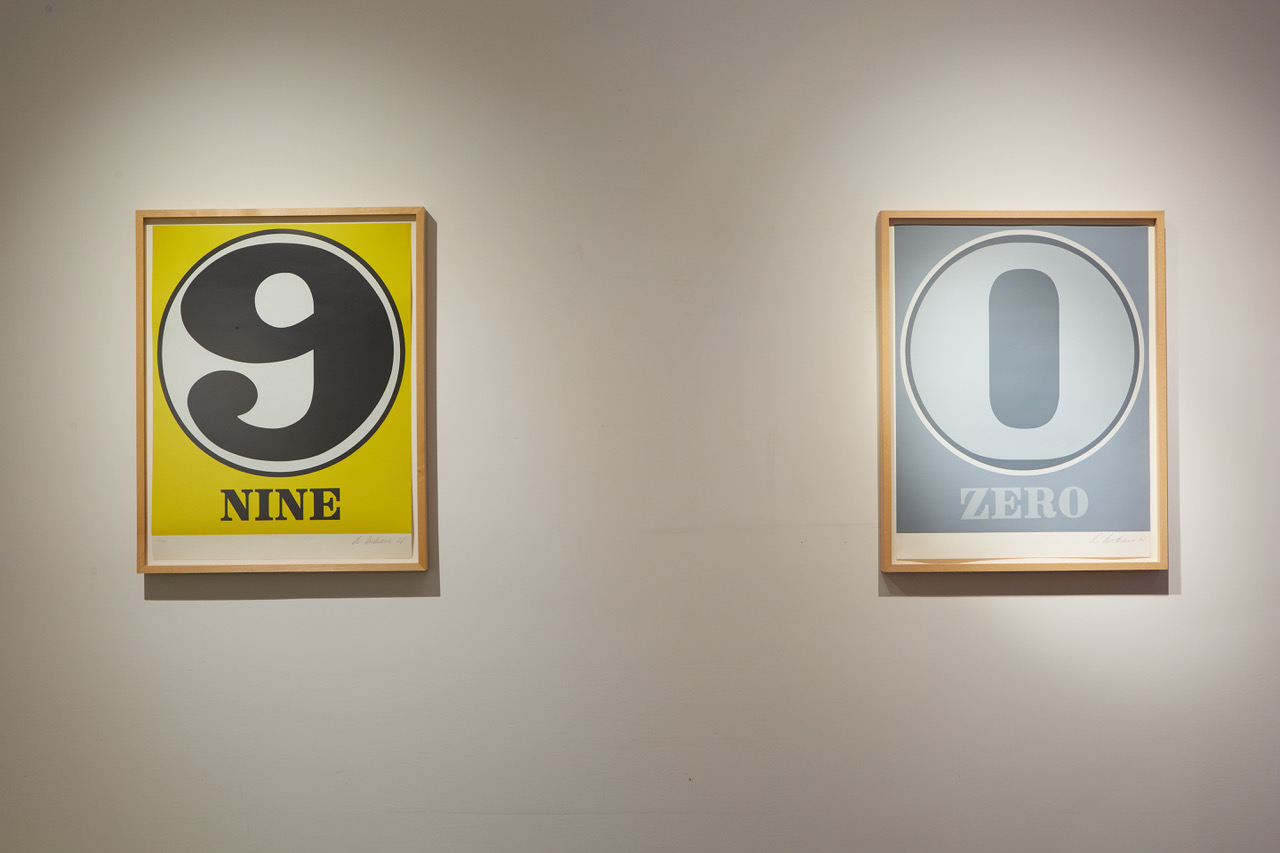 The gallery’s strong work relationship and friendship with Robert Indiana goes back to to many years ago and was first established by Bscher’s mother Krystyna Gmurzynska and Galerie Gmurzynska Managing Director Mathias Rastorfer. 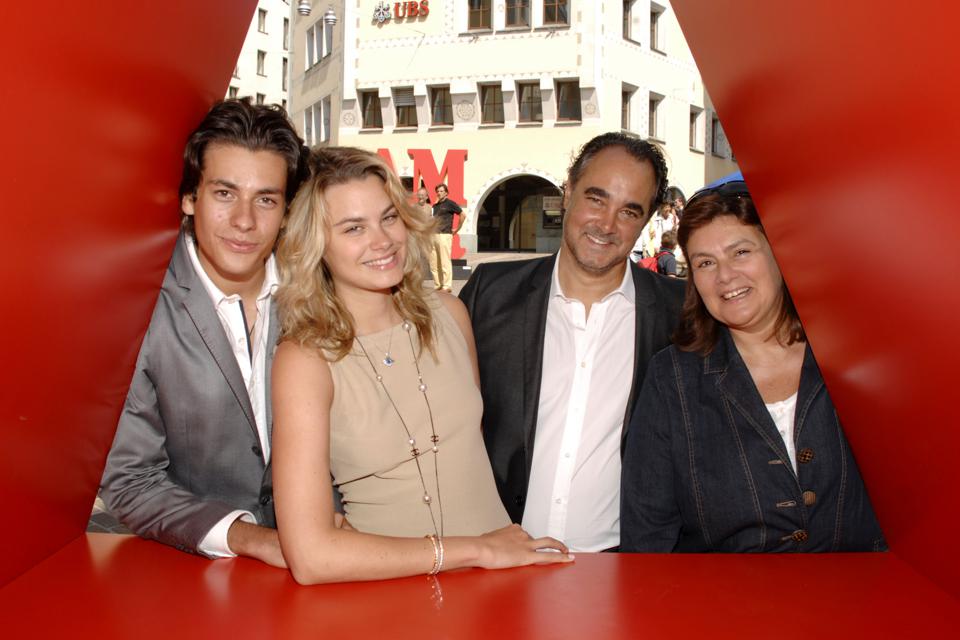 Lucas Bscher: Robert Indiana was not only a great artist but also a fascinating personality. We had the privilege of working with him for over a decade. He lived in a secluded island of the coast of main called Vinalhaven, which is only reachable by boat or a ferry that goes back and forth twice a day.

Isabelle Bscher: From the moment one stepped foot of the ferry I always had the feeling of entering a sort of parallel universe that was completely shaped and created by him. After a short walk one reached the star of hope (his extraordinary house which was formerly owned and major meeting place for Freemasons) which ladders he had painting with the American Flag after 9/11. Bob had a colony of animals living with him from his beloved chihuahua that was usually dressed in a Tutu to 3 loyal cats . He also had the most incredible archive of anybody I have ever met, he had neatly documented every day of his life to owning copies of every New York Times Newspaper of the Last 60 years , he never forgot anything .The house and his art are a lot like him extremely personal and full of signs hidden and on display. It was full of gifts from his close circle of friends such as the portraits that Ellsworth Kelly had painted of him , to fantastic photos of his and his great friend Louise Nevelson or Jasper John. He called himself a sign painter and every word and every number has a meaning that is personal to him, but also the wider world . 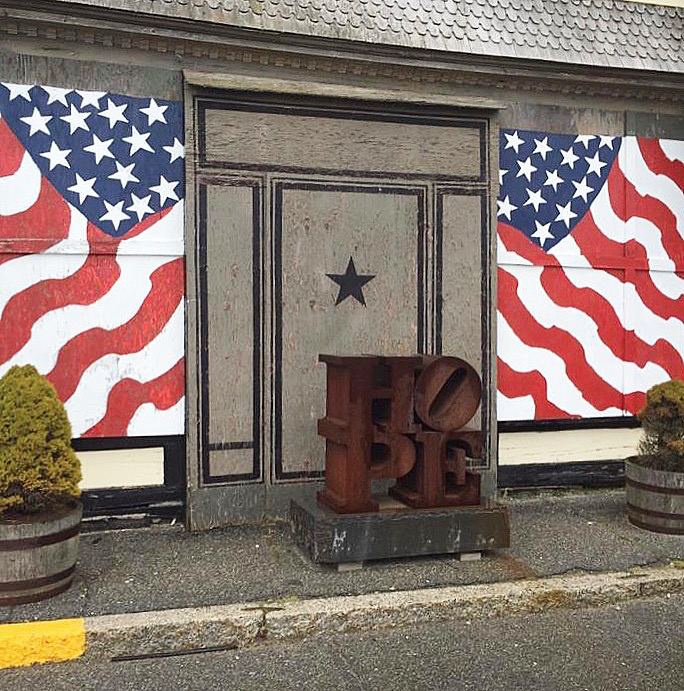 Isabelle Bscher: He was one of the most sophisticated people in the world and maybe that is best mirrored in the museums and collectors that have collected his work already early on. Gianni and Marella Agnelli were early collectors of his work so when we went to visit him with his grandson it had special sentimental meaning to Bob. What I find the most astounding fact about Bob that his art one hand is the most accessible with the iconic Love being the most reproduced artwork in the world , even more than the Mona Lisa and at the same time looking at his body of work from 1959 the year he started calling himself Indiana are some of most amazing minimal paintings ever created. We miss him very much. 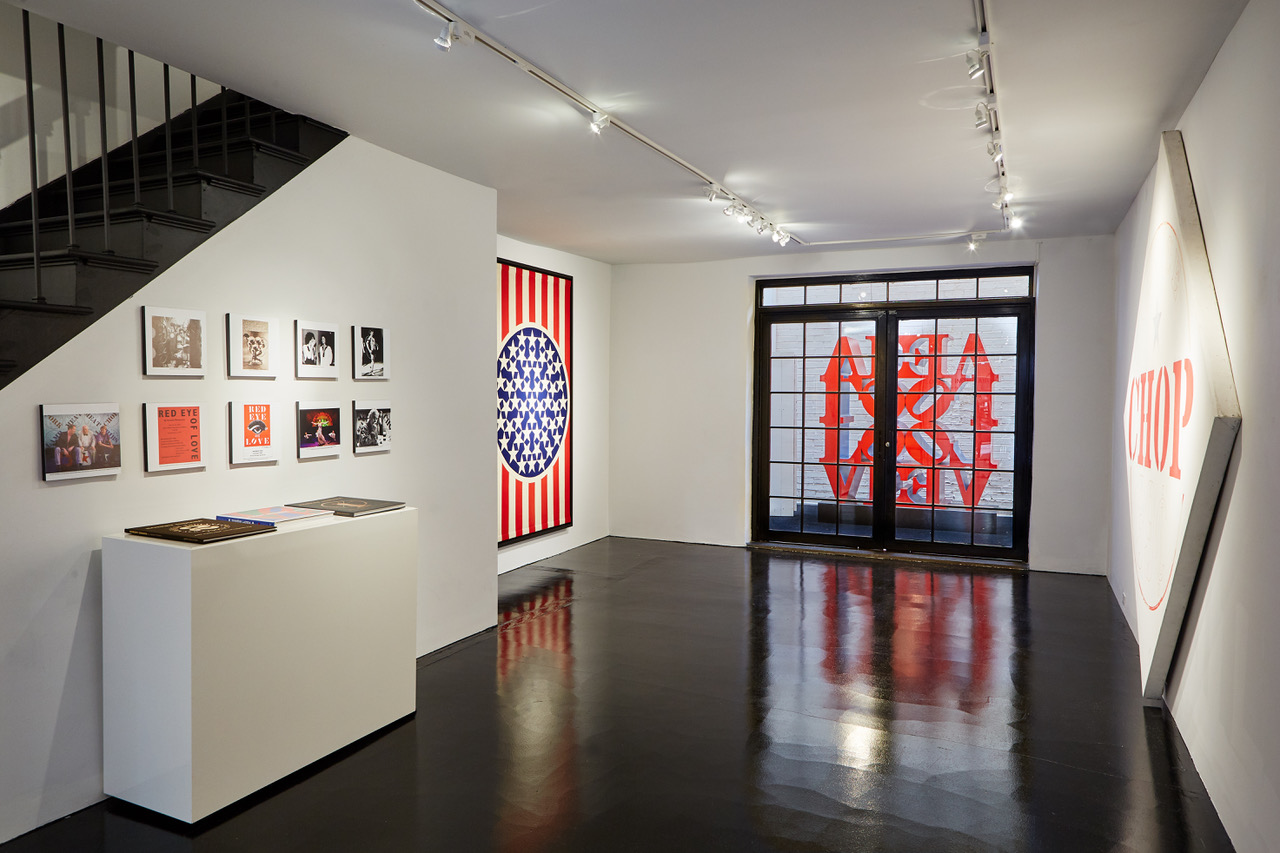 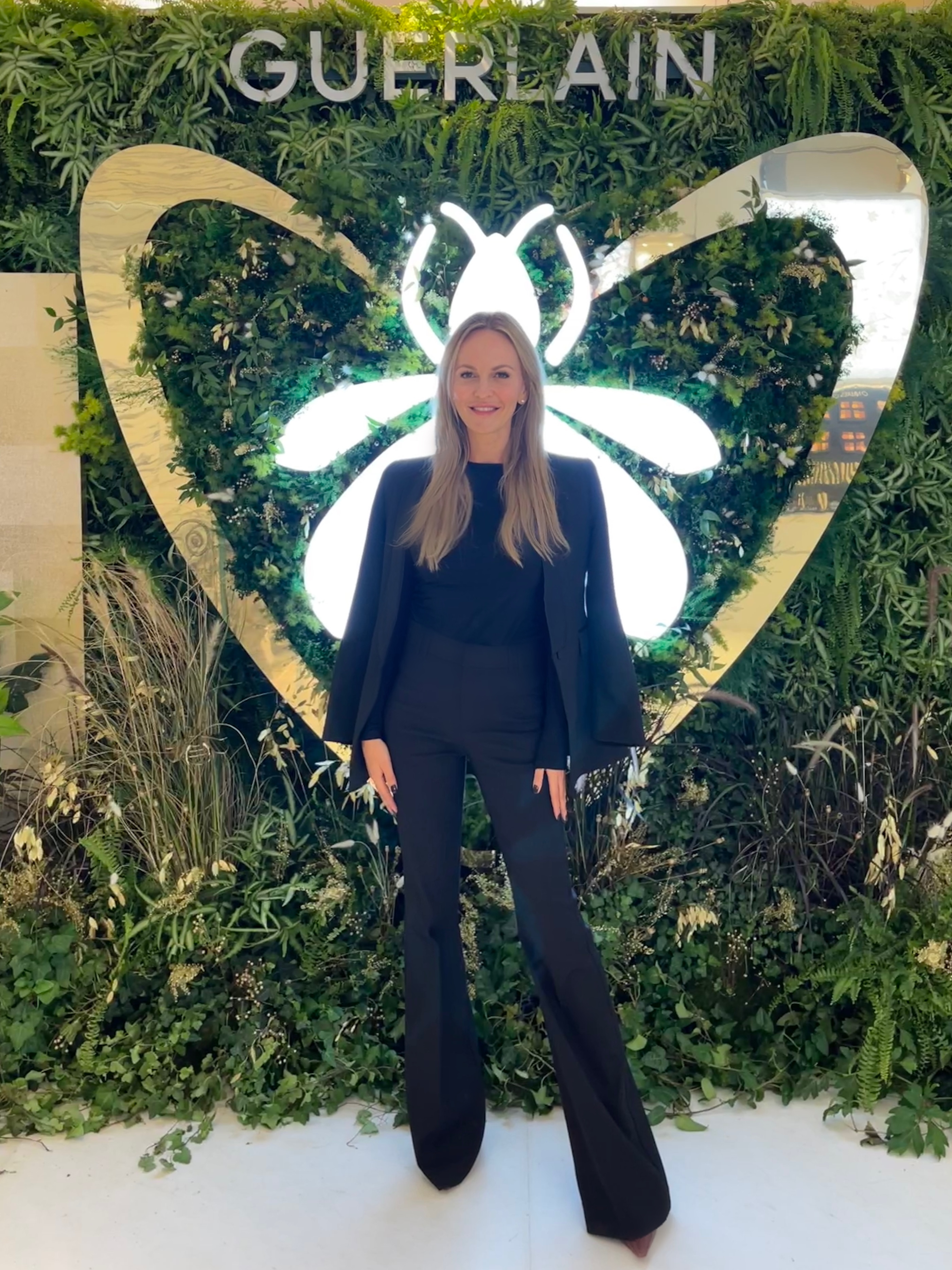 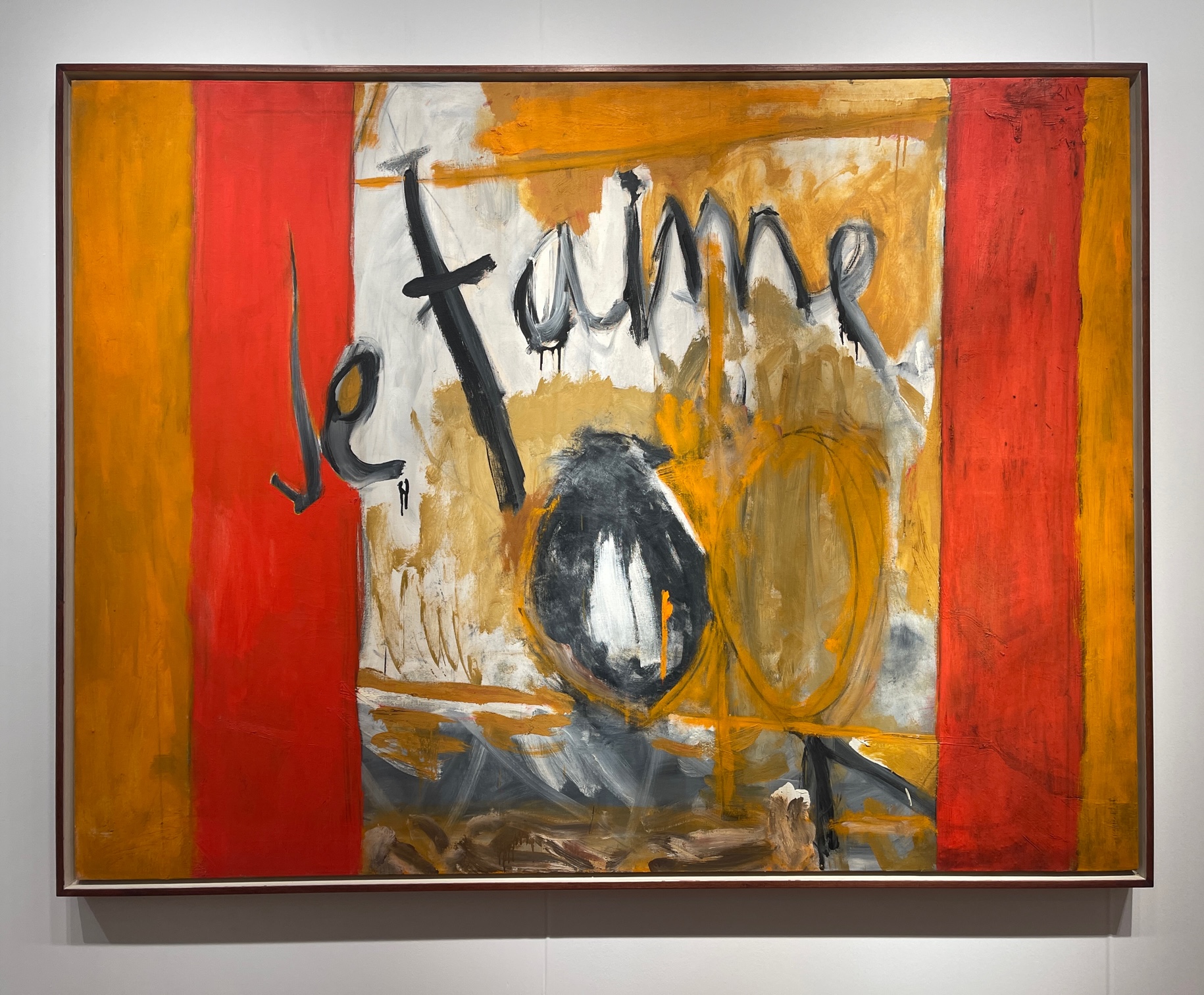